Meet Your New Grievance Officer and Contract Administrator for 2013-15

At the Chapter meeting on April 19, 2013, the faculty approved the appointments of two new Chapter officers: John Saillant (Departments of English and History) was named grievance officer, effective April 19, 2013, and Marilyn Kritzman (School of Communication) will assume the office of contract administrator on September 1, 2013, when our current contract administrator, Paul Wilson, will step down to enjoy his well-deserved retirement after an extraordinary tenure of service to the Chapter and to the faculty. Both John’s and Marilyn’s terms will run through August 2015. 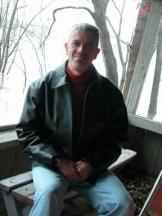 John is a joint-appointed Professor of English and History who joined the faculty at WMU in 1997. An active teacher and scholar, he specializes in early American history and literature, African American studies, and American religion. He brings to his new position extensive knowledge of the complex political developments surrounding higher education and unions in Michigan as well as experience on numerous governance committees at WMU.

Since assuming office in April, John has impressed all of us (and especially the faculty members he has assisted) with his commitment to academic freedom and shared governance and with his meticulous, analytical approach to problem-solving. This is a guy who does his homework and then some. His preparedness, his smarts, his calm, steady demeanor, and his unshakeable sense of justice are enormous assets to the Chapter and to the faculty. We are lucky to have him on board. Welcome, John!

Marilyn is a tenured Faculty Specialist II in the School of Communication with 30 years of service at WMU. A trained mediator who has also completed more than 200 hours of training in contract and grievance law for labor organizations, Marilyn brings with her an impressive set of skills and long record of service to the WMU-AAUP. She has served as her department’s Association Council representative and as Executive Committee rep for the College of Arts and Sciences (Humanities) in addition to her work on numerous WMU-AAUP committees, several of which she has chaired. She currently serves as Chapter treasurer.

When she assumes the office of contract administrator on September 1, 2013, Marilyn will bring to it an encyclopedic knowledge of the WMU-AAUP Agreement and of state and federal labor law, a razor-sharp intellect, and an unyielding commitment to faculty rights and due process. She’s already working hard this summer to prepare for her new position, and there is no doubt that the faculty will be in very good hands come September. Thank you, Marilyn!

Related: When to call your grievance officer or contract administrator